I had a summer goal of re-doing the screened porch. It was even written on a post-it note, which is as good as set in stone. 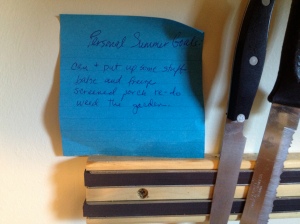 It didn’t happen. I know summer isn’t over yet, but I feel the end barreling down on me like an oncoming train. School starts early this year, and August is just about here. My goals are as good as dead.

I stared down the list of un-done projects and thought: “The bathroom!” I can paint it during nap-time, one wall at a time, and it really is in need of attention. 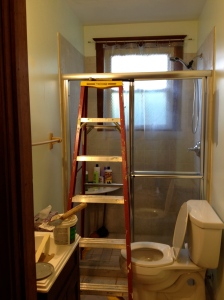 This is the beginning.

The ceiling was stained with old water damage and the walls were a refreshing minty green. Perfect for a “York Peppermint Patty” commercial, but not really the look I was after.

I borrowed a paint sample of Benjamin Moore’s Museum Piece from my friend’s recent dining room project (view it here) and tried it out in my bathroom. It was gorgeous against the tile and I decided to use it. I painted the ceiling Benjamin Moore’s Antique Glass, which is greenish-blue, with the shimmery look of sea glass, to add a pop of color. 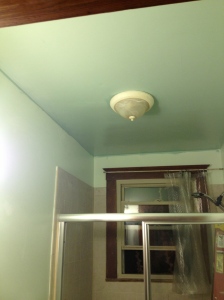 I wrestled some time out of the days and got to work. I found a wire shelf from France at a consignment shop. 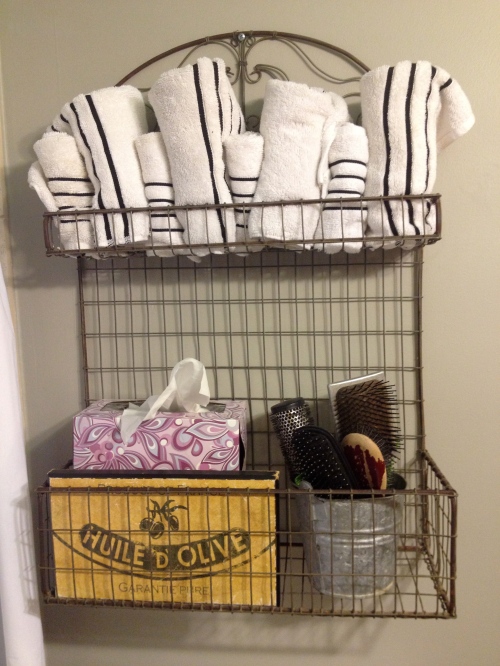 I hung a different shelf, that I had bought at Lowe’s at least four months ago for hanging towels, on the opposite wall. 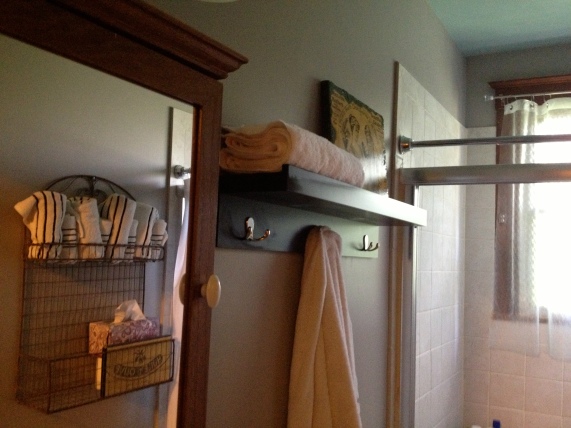 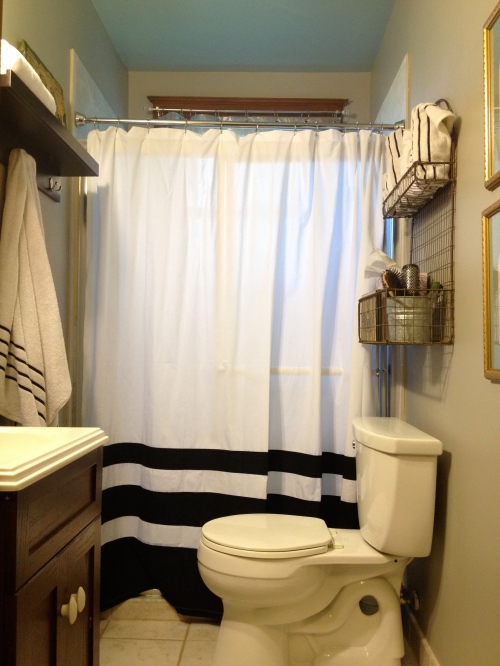 There is a gaping hole, between the vanity and the wall, that I refer to as “the pit of despair.” This vanity is on the hit list, but not just yet. 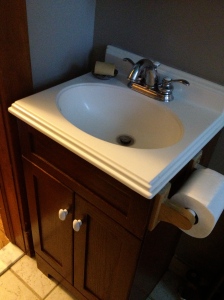 The pit of despair.

The bathroom is much improved. I am always amazed at what a little thrift store art and paint can do to spruce up a space. 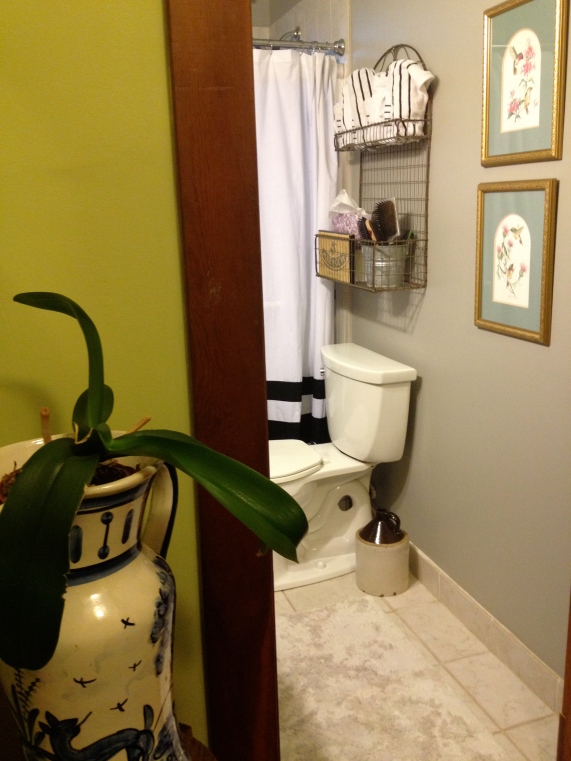 View from the hall.

These are a few of my favorite blogs!