We are in desperate need of some cheer around here. The shutdown and the rain together make for a gloomy environment. Early this morning, I braved the elements and dragged back a load of dry firewood from the shed. The goal was simple: to warm up and drive the rain out.

In the process, I caused billows of smoke to pour out of the chimney, set off every smoke detector in the house, and made a desperate phone call to my neighbor: “How do you open this darn flue again?” Funny, I don’t have any pictures of this part.

And it was only 8 o’clock in the morning.

We hung in there as I listened to my niece chant, “Firetruck!” over and over again, which caused me to glance shiftily around thinking they were going to pull up at any moment. I was making up random excuses to tell the firemen as to why I was wearing pajamas and a raincoat, still bra-less and playing with matches all at the same time.

Yet, I still managed to find joy in this first fire of the season. 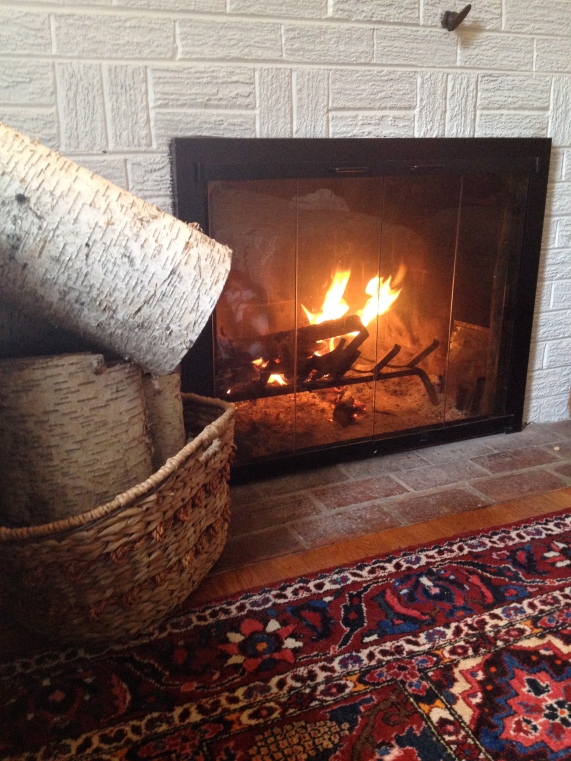 First fire of the season.

For most people, having a fire in the fireplace requires only the flick of a switch, but I ask you, “where is the adventure in that?” This fire did just the trick, and it was awesome.

These are a few of my favorite blogs!